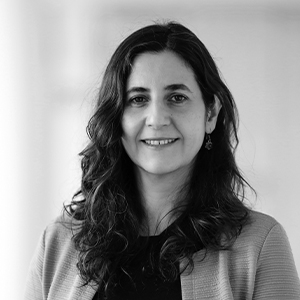 
Salam Said holds a Ph.D. in Economics and Social Sciences from the University of Bremen in Germany. She was the academic coordinator for the regional Friedrich-Ebert-Stiftung Project For socially Just Development in MENA Region“ between 2016-2019.

She has lectured on Arab Economies, Economic neoliberal reforms, and social injustice at different German universities. Her research focuses on Arab economics, socioeconomic developments in the MENA Region, and the political economy of Syria.

Most of her research has been published as policy papers or book contributions. Since January 2021, she works as a policy adviser at the Middle East and North Africa Department of Friedrich-Ebert-Stiftung in Berlin.

All Sessions by Salam Said