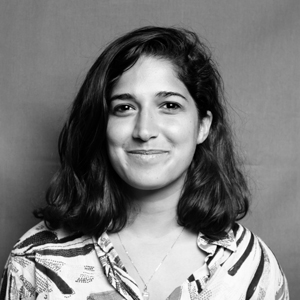 
Raissa is a member of Lebanon Volunteer Community (LVC), a collective of Lebanese (& allies) volunteers who work at Google.

She joined Google in Dublin, Ireland as a Sales Account Manager in 2017 and has worked on both the MENA and the French markets. In addition to her client responsibilities, Raissa has been involved in a series of initiatives with LVC aimed at helping NGOs & organisations accelerate efforts to rebuild Beirut.

Initiatives include Crisis shelter maps, training programs for NGOs, fundraisers, and leveraging maps data. She previously worked in research and business development in Beirut’s startup ecosystem as well as missions for monitoring and evaluation for NGOs in Beirut & Tripoli.

She also has experience in banking having worked at HSBC NYC in their equity research team. She was an active volunteer having served in the Lebanese Red Cross Gemmayze Sector for 3 years as an Emergency Medical Technician and warehouse manager.

Raissa is an American University of Beirut (AUB) Alumni and received a BA in Economics in 2014.

All Sessions by Raissa Achkar