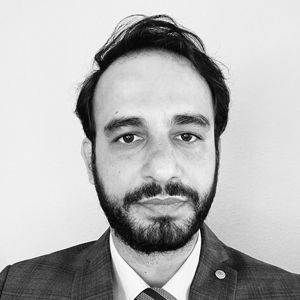 
The founder of Le Grand Mint was born on June 3rd, 1978 in Saida, Lebanon. At the age of 12, the German citizen emigrated to Germany with his parents and attended secondary school at Ostpark there until 1990, switched to commercial school in 1993 and learned the profession of freight forwarder from 1995, which is today’s silver coin producer and numismatics dealer until 2001.

Ali Sabbagh founded Le Grand Mint in 2014. To this day he heads the online trade of the modern numismatics company, the father of two daughters of two takes care of the creative and production-related processes of the noble silver pieces from the creative house, Le Grand, from the idea of a motif design to the implementation of the silver coins mint.

All Sessions by Ali Sabbagh