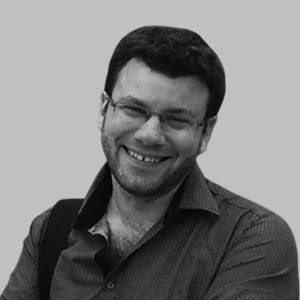 For over a decade he has taken part in a variety of fights for social justice and has worked to connect the dots across issues. He previously worked with War Resisters League, organizing against police militarization and helping build cross-community coalitions in cities around the country, in addition to building solidarity with movements in Iraq and across the Middle East.
He has also worked with the Urban Justice Center’s Street Vendor Project, organizing alongside vendors fighting for their rights in all five boroughs. Most recently, Ali worked with New Economy Project as a lead organizer with the Public Bank NYC coalition, pushing to make public money work for the public good.
Originally from Iowa, Ali holds a Master’s degree in Arabic Studies from the University of Texas at Austin and is the author of the book Against All Odds: Voices of Popular Struggle in Iraq. Ali is a committed fan of improvised music and lives in Bay Ridge, Brooklyn.

All Sessions by Ali Issa